Some of the Acadian families that were expelled by the British in the mid-18th century settled in Cape Breton, Nova Scotia. Our first tune is an untitled reel from Joseph Larade, whose fine singing and fiddle playing (sometimes combined) were recorded by folklorist Father Anselme Chiasson in the late 1950s. Larade lived in the west coast fishing village of Chéticamp, the largest Francophone community in Cape Breton.

This tune seems to be a major-key variant of “The Princess Royal”, a venerable and much-disputed melody that some argue was composed by the blind Irish harper Turloch O’Carolan in the early 1700s. Others attribute it to the English country dance repertoire.

We love the modern versions by Devon and Dejah Léger and the triple treatment by Nicolas Babineau and Alexis Chartrand.

The Princess Royal, whoever she was, should feel flattered by all this musical attention! 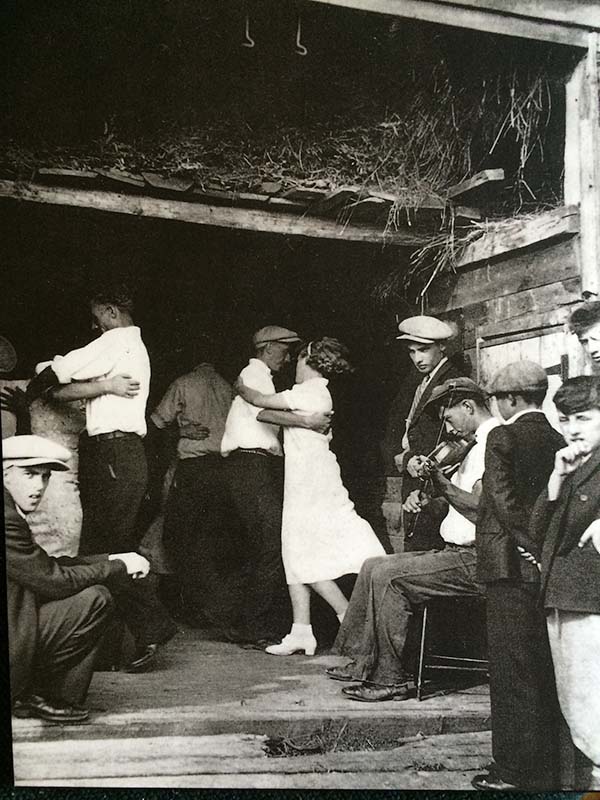 Danse du Barbier is a popular tune in Québéc and is probably one of the few extant instrumentals from France.

We thank ethnomusicologist and performer Lisa Ornstein for her transcription from an archival recording of Georges Ferland of St-Sylvestre, Lotbinière, south of Québec City (see Laurie Hart and Greg Sandell, Danse ce Soire: Fiddle and Accordion Music of Québec).

“The Barber’s Dance” accompanied a comic pantomime masquerade whose origins date back to 15th century Europe.  One version of the pantomime involved a step-dancing barber who eviscerates his customer Sweeney Todd-style.

Music to die for? 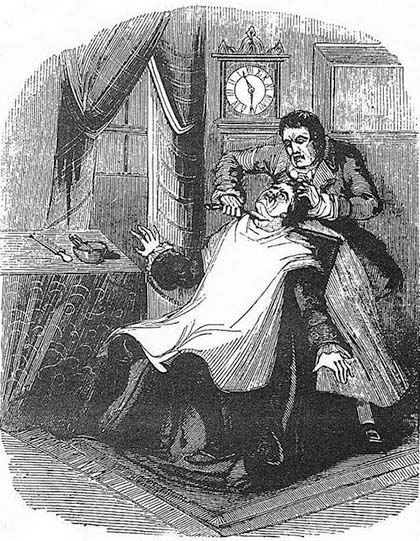 Sweeney Todd was a character in the Victorian “penny dreadful” serialized novel The String of Pearls (1846-47). Source: Wikipedia Commons. Mr. Todd, however, seems to be unrelated to our Québécois cutthroat.